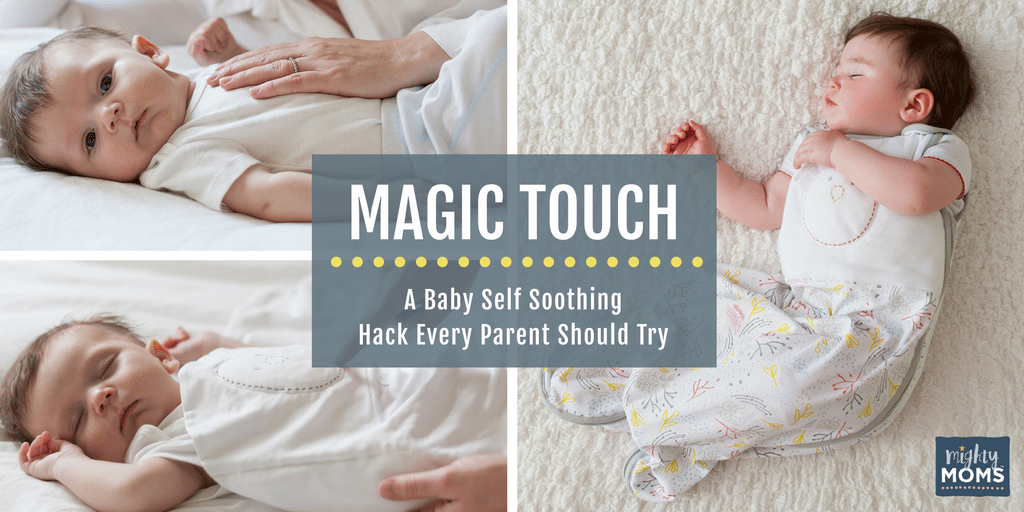 I know what you’re thinking.

I touch my baby all the time and it doesn’t seem all “magical”
when he’s screaming his head off at 10pm at night.

Ahhh….but there are different types of touch. Are you sure you’re using the right kind?

Now, whether you want your Hubby to put on the fishnet hose, tux tails, top hat and Vanna-White this wizardry is entirely up to you. (If you do, though, please send me a video.)

Obviously touching your baby isn’t going to soothe your baby ALL the time, or I’d have my own TV show by now.  It is, however, a great place to start on your soothing checklist!

What Touch Has to Do
With Baby Self Soothing

When I say “touch your baby,” I don’t mean move him from the car seat to the bouncy chair.

Several studies (check out my citations below) have shown that children who are denied physical and emotional attention in the first year are at higher risk for behavioral, emotional, and social problems as they grow up.

When babies are touched, their brain sends a happy message to the portion of their brain (Mr. Pituitary Gland) to start producing Oxytocin and stop creating Cortisol.

Cortisol is the Burt Wonderstone of your baby’s sleep.  A dud.  Sure, you can invite him to the party, but his tricks are going to cost you.  He makes it much much harder for your baby to fall into a sleeping trance.

This hormone gets him all riled up, and makes self-soothing almost impossible.

When you pick up your child, her brain is literally flooded over with this elixir of bliss, soothing and calming. It’s why picking up a crying child is the fastest way to soothe them.

It’s also why if you wait too long, picking up does nothing. Why? Because Mr. Pituitary Gland isn’t making oxytocin anymore.  He’s switched over to cortisol.  Your baby is stressed and isn’t going to soothe easily.

You’ve Got a Parenting Problem

Except that it’s not.

It’s awesome that we can soothe our children and boost their physical, emotional, and social development using nothing but our own bare hands.  That rocks.

Let’s be honest, though.  Sometimes a 24/7 touching regimen isn’t possible:

Sure, baby wearing is an option, but at some point your infant needs to start developing some baby self soothing skills.

Which is why it’s a great thing to be a parent in the 21st Century. We have lots of technological “Top Hats” to pull rabbits out of.

When it comes to touch, recent studies like this one have shown that we can get the same brain-results that a parent’s touch causes without actually doing the touching.

Before you start picturing this epic robot fail and cringing, let me offer a gentler solution. 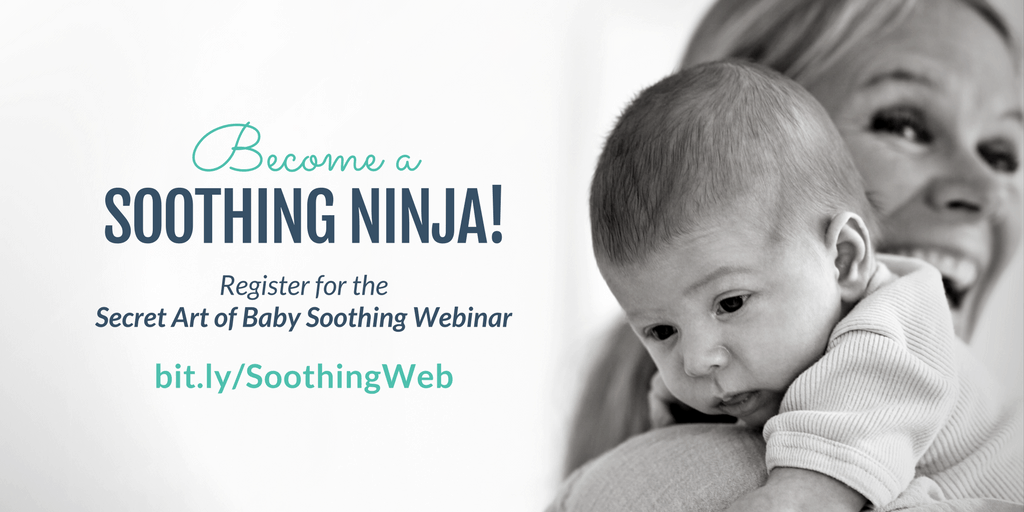 The Difference Between
Newborns & Baby Self Soothing

The goal here is to help children gain self-soothing confidence while they’re sleeping by touching them without actually touching them.

For babies younger than 20 weeks, self-soothing is a difficult task.  Newborns are going through so many changes, that it can be hard to lock down a good schedule.  (Even though we can still try.)

For many newborns, the Wide World outside the Womb is a big disappointment.  Gone are those warm quiet evenings, listening to Mom’s heartbeats and feeling Dad’s pokes.

There’s a reason newborns are all bunched up like little frogs. They are soothed by being tucked up close to mom and dad.  Their moro reflex is on high alert – ready to startle them awake.

The Zen Swaddle not only holds them close, but it has lightly weighted pads on the tummy and sides to mimic the strong gentle arms of Mom and Dad.

And I mean “lightly weighted”.  These aren’t for body-builders.  They are carefully calibrated using physiotherapy standards and are completely safe for a newborn 0-6 months old (weighing between 7-18 lbs.).

The Zen Swaddle provides newborns with the perfect illusion of being held 24/7, the exact feeling they need to gain their confidence to self-soothe.

Once your baby gets through his four month growth spurt, you’ll look at him and (with shock) realize that your “newborn” has transformed into a full-fledged baby.

He’s smiling and cooing and playing.

And the Zen Swaddle is no longer a safe option.  It’s time to wean away from the swaddle and transition over to a Zen Sack instead.

The Zen Sack keeps his arms free, so he can roll over, but still has those lightly weighted pads on his tum-tum to keep him feeling safe and secure.  Again, it’s perfectly calibrated for your baby’s body weight in order to safely lull him into a secure sleep.

Many sleep coaching clients have shared that their baby’s sleep goes down the toilet once they transition away from the swaddle.  The Zen Sack is our new “go to” solution to help keep those good sleeping habits going strong.

It’s the Final Countdown to
Complete Baby Self Soothing Success

If you have a newborn struggling to self-soothe, I’d give the Zen Swaddle a try.  Or, if your baby is still waking at night, and you’re tired of patting for hours, the Zen Sack is a good investment.

I fully realize that in revealing this magical baby self soothing trick, I have seriously compromised my position in the Alliance of Magicians.

You know what, though?

To prove my dedication to sharing THE TRUTH, I’m going to dramatically throw my Alliance of Magicians membership card into the sea.

Now get out there and work your magic. 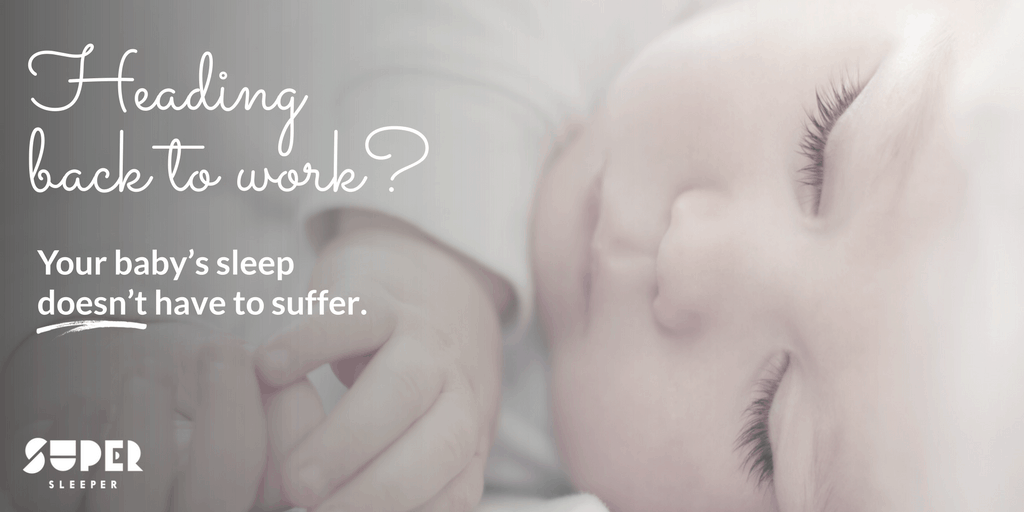 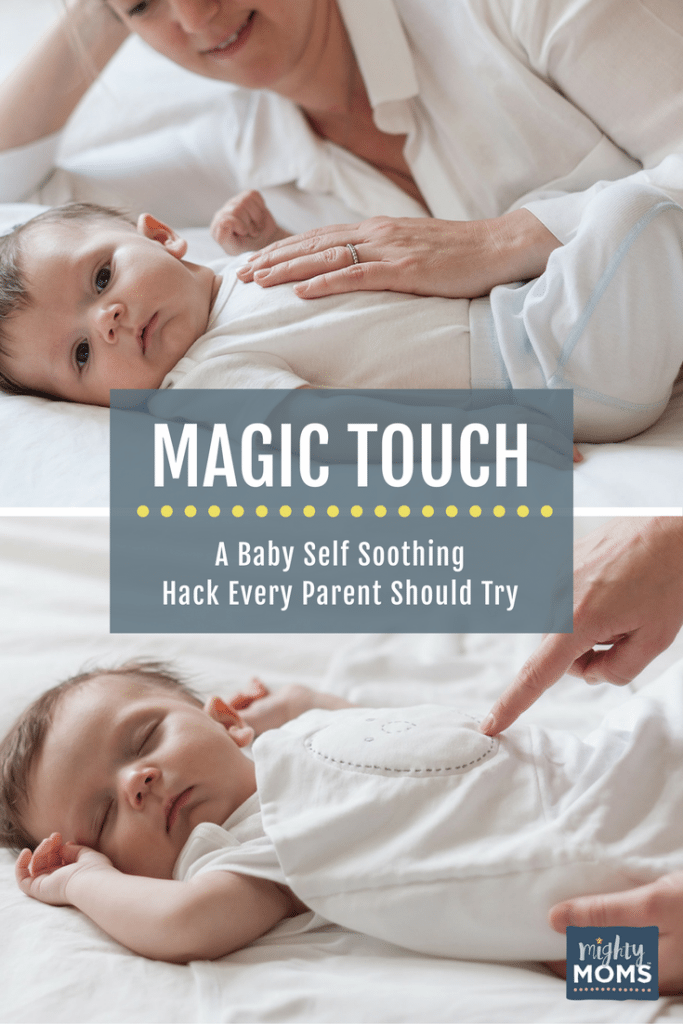