What if I told you that your nap disasters don’t have to be the norm? That you can have an easy nap routine that doesn’t involve a meltdown? (for both of you.)

That you can spot a kind of loose rhythm to your baby’s cues that will save yourself a world of worry and pain  later on in the day?

I’m going to share the typical daily baby napping routines that you can use as a road map to follow your baby’s signals all the way to Pleasantville.

What “Should” A Perfect Baby Routine Be?

Depends.  Hence the air quotes around “should”. That perfect baby routine depends on…

Today we’re going to go through several very basic examples of “typical” baby routines at different ages to give you something to refer back to as your baby grows.

Ladies and Gentlemen, allow me to introduce our two drivers for today’s Baby Routine Race.

These are the world’s most boring babies.  Everything they do is exactly on the expert’s suggested schedule (who, in this case, is Kim West…)

Keep in mind that your little princess may suddenly shout “SCREW YOU SUE!” and create her own routine.

That’s totally fine.  My goal, remember, is to give you some road signs to watch for.

Always place what your baby is telling you over what you read here. You are the expert on YOUR baby. Not me. 🙂

A Fast & Furious Nap Routine
for a 1 Month Old

Ned Normal is going to be sleeping anywhere from 16 to 18 hours per day.  This means, that most of his day will be spent in Slumberland.

Grab a piece of paper and start writing down the times your baby eats and sleeps. For Ned Normal, you can expect to see sleepy road signs after every hour of waketime. You can see an example of this in How to Rock Out a Newborn Schedule.

A Fast & Furious Nap Routine
for a 2-3 Months Old

The two-month-old baby will require pretty much the same amount of sleep as the one-month old.  The only usual exception is that instead of waking two-three times at night for feedings, she may only be waking once or twice.

Sue Standard will still be napping 3-4 times a day, at pretty disorganized times.  This is when her brain will start to understand the difference between daytime sleeping and nighttime sleeping.

You can move that snooze to the fast lane by making the room very dark and quiet (with a noisemaker to block the daily sounds) during naptimes.

Somewhere close to the third month Sue Standard will fall into a 3-or 4-nap rhythm.  Visit this article to see an example of what that could look like.

Once again, use your handy-dandy notebook to spot her natural EXIT FOR NAP signs. At this age, she’s not going to go more than an hour of waketime before she’s ready to sleep again! 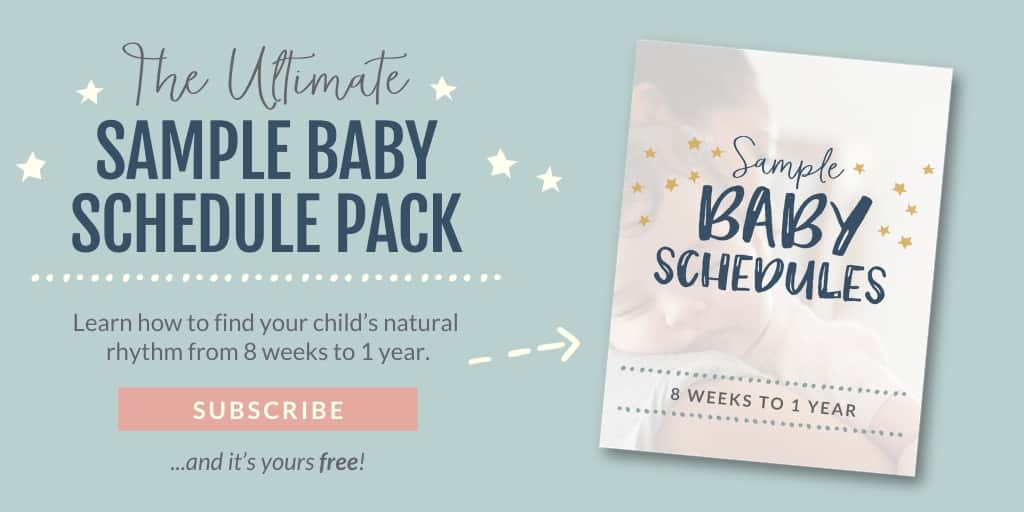 A Fast & Furious Nap Routine
for a 4-5 Months Old

Ned Normal can usually go about 8 hours at night between feedings, and a five month old may be able to go as long as 10 hours.  If this seems like a pipe dream, be encouraged!

Sometimes all you need are a few good pointers in the right direction.  As for naps, Neddy will nap around 3 naps, totally 4-5 hours during the day, with the average nap time around 90 minutes.

If this is NOT at all your experience, that’s okay! There’s a major sleep regression at this age that can mess everything up. You see, this is around the time that your newborn disappears and the BABY full emerges. There’s a ton of milestone growth here to catch!

Ned usually shows the typical sleepy signs (glazed over eyes, moving slower, yawning) 1.5 hours after waking. That said, if he’s an infamous catnapper (less than 45 minutes) watch for that STOP EVERYTHING AND PUT TO BED neon flashing light as quickly as an hour after getting up. 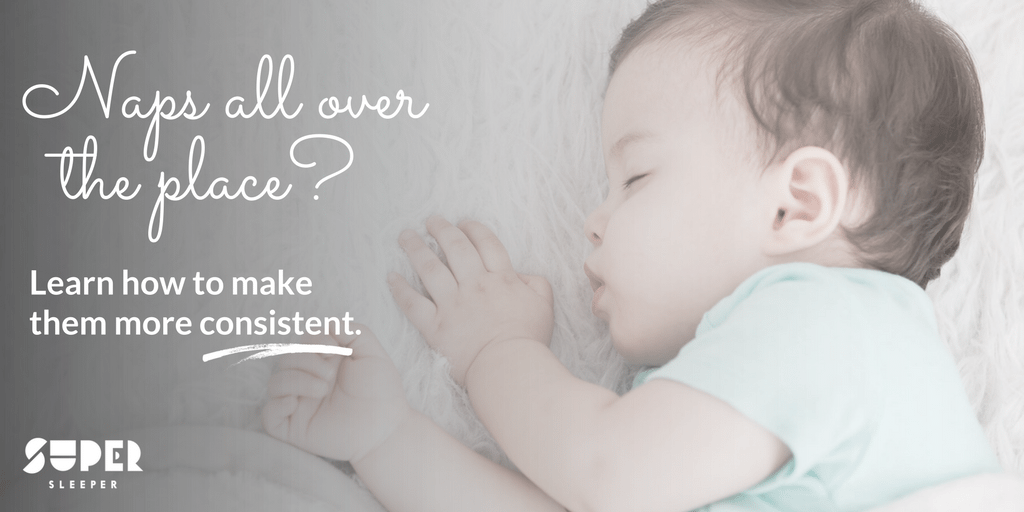 A Fast & Furious Nap Routine
for a 6-8 Months Old

Sue Standard is usually able to sleep around 11 hours straight every night at this age. Yes, that means your baby should be able to sleep through the night! (Of course, that depends on your doctor’s agreement!)

Don’t panic, though, if she’s no cooperating. There are very gentle techniques we can use to get her used to eating less and sleeping more. I’d be happy to sit and help you create a plan.

You can start to expect the “Exit to Napville” road signs showing up for Sue Standard 2 to 2.5 hours after waking.

Typically she will take 3 naps every day, with the total daytime goal of being 3.5 hours of sleep. If you’re not sure how that should look, this scheduling article has a free printable that will come in handy!

Once again, if you aren’t getting any where near those numbers and feel discouraged, consider taking my Napping Know-How Webinar.

At nine months, sweet little Ned Normal can sleep around 11 hours at night, uninterrupted.  He also likes to take two naps during the day, both between 1.5 and 2 hours long.

At this age, you need to walk a close line between too much and too little sleep.  If he sleeps too much in the morning, he won’t sleep in the afternoon…and the result is Godzilla, storming through the house and wreaking emotional (and if he’s walking, physical) havoc.

So at nine months you’ll want to limit his morning nap to 1.5 hours.  As he gets closer he gets to his first birthday, you can shorten that morning nap down to a single hour.

The exception to this is if he’s been sick or slept poorly one night, or had a very crazy-busy morning exercising his new crawling or walking skills.  Once in a while lengthening a morning nap could serve you really well, but making it habit could seriously scramble things up.

You also don’t want to let him nap before 8am in the morning, or else he’ll be too tired in the afternoon to have his Mega-Nap (which can last anywhere from 1-3 hours).

Usually the napping exit sign for the 9-12 month age begins to peek over the horizon at around 3 hours after the morning nap ended.  Watch your baby closely for his “tells” that he’s beginning to get sleepy and then scoop him up and start your napping baby routine.

If your baby only take short naps throughout the day, he’s most likely going to be over-tired by bedtime.  We can match your unique baby and specific parenting style to the strategy that will work best for you during a private Napping Session.

Merge into One Nap

Somewhere between 15 and 18 months old, he’ll start showing signs that he doesn’t need that morning nap: he’s sleeping through the night consistently, he’s taking for-ev-er to fall asleep for the morning nap, or is catnapping).  Not sure how to actually make that transition?  No prob, Bob. Got you covered.

For All the Nap-Haters Out There…

Some babies really just hate agreeing with all the other babies on how long to sleep.  Unfortunately, that’s murder on their parents, and it (quite honestly) isn’t all that great for them.

Resist the temptation to stop pushing for naps!  Sleep is just as important to that tiny brain as nutrition.  Both are needed for healthy growth and development.

If you are consistent, there is a definite sunrise peaking on the horizon! 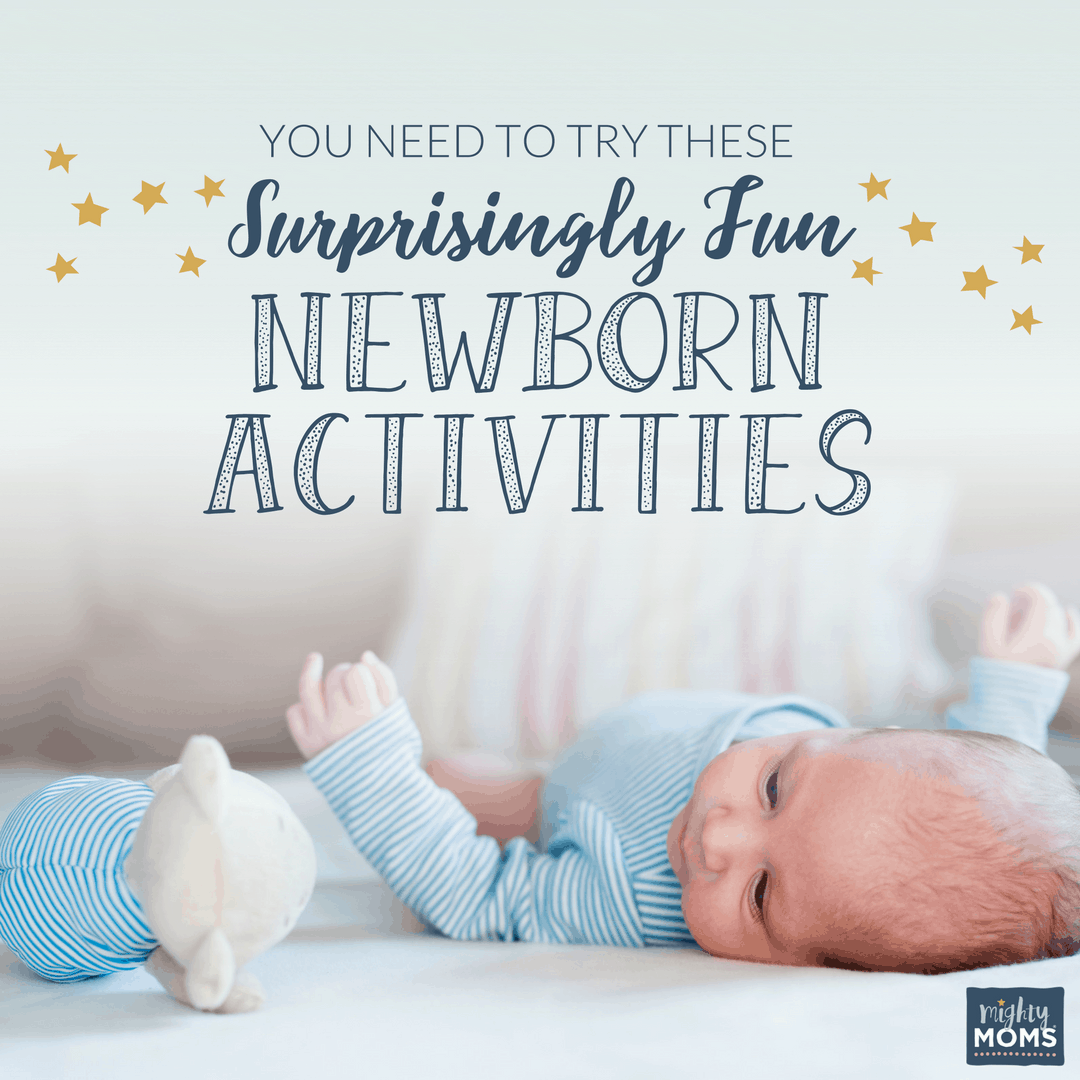 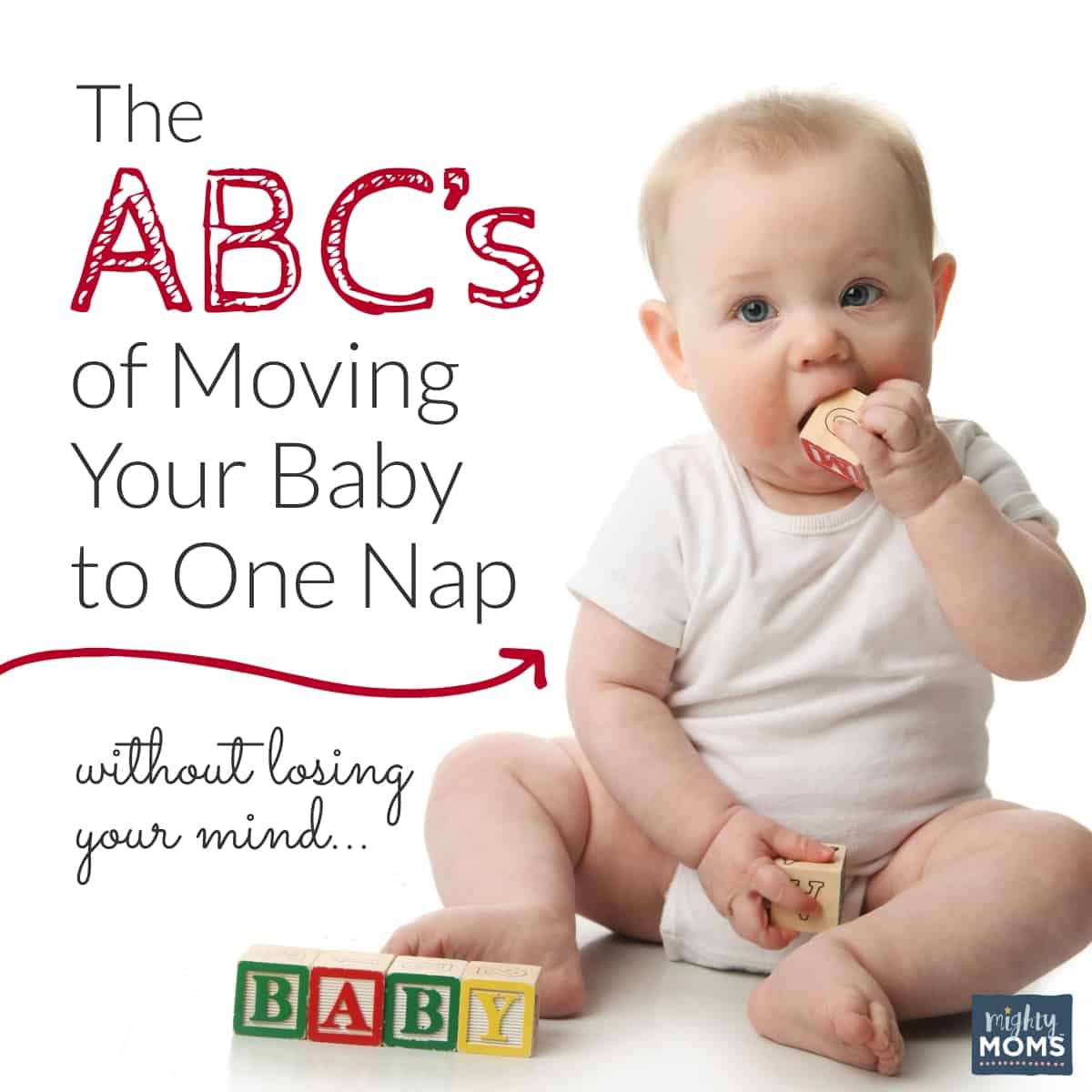